Growing up, Ann Matthews longed for two things: a horse and a Range Rover. She got both for her 40th birthday. “I’ve made it!” jokes Ann.

While her own riding career was brief, Ann has been a long-time backer of Team Millar. She was a part owner of Ivar, Ian’s 1999 Pan American Individual Gold and Team Bronze Medal winning mount, as well as Ian’s Olympic partners Dorincord (2000) and Star Power (2012). Ann also partnered with Millar Brooke in the ownership of Costa Rica Z, the mare that twice won the Jump Canada Series title with Amy.

Ann currently owns shares in Amy’s Grand Prix mount Heros, as well as several of the broodmares and young horses in our breeding program.

“Lynn Millar was always interested in the breeding side and had a very good eye for horses and pedigrees. I hope that one day, we might not have to go to Europe to buy International prospects,” says Ann.

Canadian diamond magnate Charles (Chuck) Fipke is a true sportsman and long-time supporter of equestrian sport. He bought his first racehorse at 15, raced it one time—in a Western saddle. Fast forward several decades and Fipke is one of the most respected names in Thoroughbred racing and breeding today. In 2013, he expanded into show jumping. Together with Rob Cudney, Ned Goodman and Wilhelmina McDonald, Fipke formed the Baranus Group to purchase the 2003 Oldenburg gelding Baranus for Ian. Then in 2017  with Rose Mary Burton and Millar Brooke Farm invested in Amy Millars horse Ericson.

“You can get a therapist to help you with most addictions, but there is only cure for an addiction to horses—death,” jokes Fipke.

Brookstreet Stables is owned by Team Millar protégé Karen Sparks. An accomplished horsewoman and Grand Prix rider, Karen has ridden with the Millars since she was 16 years old. Together with Ann Matthews, Brookstreet Stables is an avid supporter of the breeding program developed by Lynn Millar. They currently own several broodmares and young horses on the farm, as well as a stake in Ian Millar’s 2012 Olympic mount Star Power.

“Given our long-standing friendship with Team Millar and firsthand knowledge of how difficult it is to compete at the top of this sport, our goal is to help the Millars with their continued international success and to produce quality horses for competition and sale through the breeding program,” says Karen.

Located in Atlanta, Georgia, Irish Oaks Farm is home to Patty Overlund and her son, Patrick O’Brien. A former three-day eventer, Patrick joined the ranks of Team Millar in 2005 as a student and competed at the Grand Prix level with the Millar Brooke Team.

“I wanted an experienced coach and quality character to train Patrick,” recalls Patty. “We definitely got quality and a character! I think the world of them all. It’s been a match made in heaven.”

In the years since, Irish Oaks has been a tremendous supporter of Amy’s international career ambitions. They were part owners in Piccobello du val de Geer and Quidam, two horses Amy developed to the international level. Now they are part owners in Amy Millars olympic horse Heros, as well as Amy’s horse Truman.

Future Adventures is comprised of a group of horse and horse sport enthusiasts and good friends. The members include: Ann Matthews, a longtime family friend & major shareholder in Amy’s Rio mount Heros. Patty Overlund, a longtime partner and backer, most notably as the third partner in Olympic horse Heros. Charles Schneider, a great sportsman. The Powell family, whose daughter Lizzie is a Millar Brooke Farm student. Renowned horsewoman Dana and horseman Chuck Waters. And a very supportive longtime friend who wishes to remain anonymous.

“I feel that Vitto is as promising as any Grand Prix horse that I have brought online. I believe his future to be extremely bright.”

AMMO Investments is a group that includes Ann Matthews and her Daughter Karen Sparks, Patty Overlund and her son Patrick Overlund O’Brien and Millar Brooke Farm. AMMO investments purchased Heros as a Grand Prix prospect for Amy Millar when he was 7 years old.

“It is an honor for me to be supported and ride for AMMO Investments, the individuals involved are all like family to me,” Amy says. “Heros is one of the best horses I have ever had the privilege of riding. He is brave, talented and kind. Heros loves his job and he loves the attention he gets when he competes in front in a big crowd.  Some days I feel like he wants to jump clean as much as I do and that is an unbelievable feeling and why he is such a great partner.” 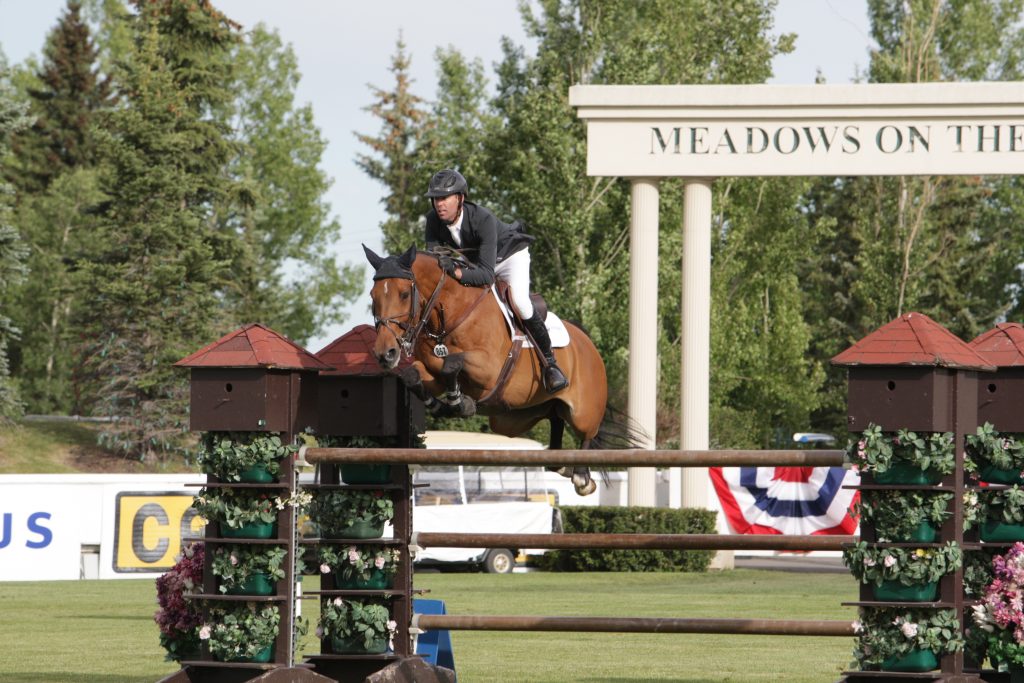 IsoTropic Networks is a Satellite Internet Service provider based out of Lake Geneva, Wisconsin. The family business of Millar Brooke student Melissa Orlick, IsoTropic Networks have been involved in high level horse sport for numerous years.

Currently, they own the 2006 KWPN gelding Bonzay. Jonathon took over the reins on Bonzay in the spring of 2016, and has enjoyed numerous top Grand Prix placings since.